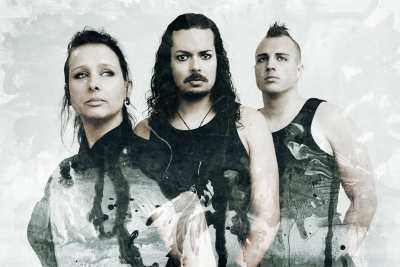 Right before the end of 2013, in December, Dutch dark electro/ dance industrial trio XMH made an appearance with the release of their download-only EP “The Business” on Alfa Matrix. With this great appetizer to the upcoming album in mind, it was the right moment to ask them a few questions… by the way, the EP is highly recommended, and I’m sure they have a lot in store for us this year!

Noise Rotator: First of all, congrats for the cool EP “The Business”, recently released on Alfa Matrix. Can you introduce the band XMH to our readers? When and how did you start etc…

XMH (Benjamin Samson): Thank you for the compliment. I started off on my own. Then when it was time for the first gig I needed someone to do the live programming. So I contacted a mate of mine who was doing some stuff with the same kind of music. The guy stuck and that’s how Pieter Sperling joined XMH. Wim de Nooyer was at that first gig and he liked us. After discussing some ideas and the way we wanted the act to go he became our manager. It was his idea to incorporate female backing vocals on our first full length album (Time to play). After some changes in the backing vocals department we suddenly found ourselves without a female vocalist in the middle of recording our follow-up album (State of Mind). Luckily Wim knew someone who was eager to join. We gave her a try and there was a click instantly. And so Isa Garcia joined us.

NR: You have a stable 3-person line-up, which is not so common for this type of band/ music. How do you distribute tasks like songwriting, lyrics, production…?

XMH: In the beginning I used to write the music and the lyrics by myself and Pieter and Isa just did their live synths and backing vocals. But writing has become more and more of a team effort. It usually starts with me writing the music and/or lyrics for a track (or a couple of tracks). Then I run it by the others and it’s usually our manager (Wim de Nooyer) who has the most comments about the track. He then tells me his suggestions which is always very funny because most of the time he’ll be like: “You know that sound that goes VRRRRZZGT at 2.40? Try changing that to BGGGGZMBBZZT.” As for the lyrics… Every once in a while I ask Pieter, Isa and Wim if they have any cool lyrics or ideas. I then use those for tracks to which I haven’t got any lyrics yet. For our upcoming album, especially Wim has gotten more involved with the writing process. And also Len Lemeire, who did the final mixing and mastering, has come up with some great ideas for both music and lyrics.

NR: Do you usually work with outside producers and other people?

XMH: At the moment yes. It’s something that kind of grew out of necessity because we didn’t have a place of our own to record vocals. And I’ve come to like working this way because it’s an easy way to learn stuff from the people you work with. Especially with the new album coming out we get lots of requests to do remixes for other bands.

NR: There are lots of dark electro/ “dance” industrial bands out there right now (not that I mind, I like the variety). What do you have to do to stand out in the crowd?

XMH: I don’t think you should have being different from everyone else as a (main) goal. Just do your thing to the best of your capabilities. Stay true to who you are and what you want to do, and there will automatically be something that you do different from the others, because we all have our strange little things that make us unique. So incorporate those things in what you do, give it everything you’ve got and give kick-ass live shows. That’s what worked for us so far, so that would be my advice for standing out in the crowd.

NR: What about the scene in the Netherlands right now? Do you get support from clubs and DJs? Or are the DAC (and similar) in Germany more decisive for the success of a song or release? Do you have much contact with the scene in Belgium?

XMH: Luckily for us there is still a bit of a scene in the Netherlands, all be it a small one. Parties and events can for example be found in Utrecht, Rotterdam, Eindhoven etc. Even though it doesn’t compare to Germany and it isn’t really what it used to be anymore, the Dutch scene was a big platform for us to launch our music/act from (and in a way it still is). Of course at the moment how we’re received in Germany is more decisive for the success of our releases. And we do seem to go over pretty well in England where there is a nice scene. Not as massive as Germany but still… So there is some success to be gained there as well. As for Belgium… We have some contact with the scene over there. A lot of our stuff has been (co-)produced by Len Lemeire from Implant/32Crash. We have played a few gigs in Belgium and the atmosphere has always been very nice, so obviously we would like to do some more .

NR: You’ve recently released an EP called “The Business”, for download only. Are you satisfied? What feedback are you getting?

XMH: It has been very well received so we’re really pleased with that. Reviews are all very positive so far.

NR: Any chance that it’s going to be released as a (physical) CD-EP as well?

XMH: Nope, at least not in the forseeable future. But that’s a thing our label will decide.

NR: You state on your website that you’re moving away from agggrotech… the EP already showcases new influences. What can we expect from the next album?

XMH: More of those new influences you can hear on the EP. More melodies, the production just a bit more polished. And I think one of the biggest changes compared to our earlier stuff is the vocals. But it’s still going to be a dancefloor oriented album with a lot of powerful stuff, with…. a few surprises.

NR: How did you get to work with the artists who’ve remixed the songs on the EP?

XMH: By asking them. Some of the artist are long time friends so it was obvious to ask them, other bands approached us and asked if they could make a remix for us.

NR: Will there be a non-remixed version of “Product” on the album?

XMH: Yes. The Heimataerde remix is awesome, just how a remix should be. Take the song and add your own sound and style to it.

NR: You said somewhere that XMH means Xenomorph, but what does that mean?

XMH: It’s what the Alien, from the ‘Alien’ franchise, is called in the movie ‘Aliens’. But there were more bands already with that name so I just picked 3 letters from the word and so it became XMH.

NR: Any touring activities planned after the album release? Are you going to play any festivals?

XMH: Lots of planning at the moment. So you’ll just have to keep an eye on us to see what those plans are.

NR: How did you get in touch with Alfa Matrix? Being on their roster probably opens up more possibilities for playing at electronic festivals and gigs…

XMH: We just knocked on their door, and kept on knocking… And it’s a good thing we did, because even in this age of downloading, financial problems and so on, signing to a label still opens up some doors. And it gives us the opportunity to keep doing our thing. Also, for me personally, it has been a huge motivational boost. Sometimes it seemed near impossible to keep going with XMH and it has been tempting at times to give it all up. But now it’s clear our run is far from over.

NR: Any other plans for the coming months?

XMH: Getting the new album “In your Face” out there. Planning tour dates. And already working on new material.

NR: The last words are yours…

XMH: Our new album will be hitting you “In Your Face” soon, and you don’t want to miss it. So keep an eye on our Facebook page. 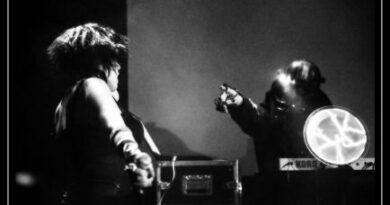 February 27, 2021February 28, 2021 NoiseRotator Team 0
To provide the best user experiencce, our associates and we use technologies like cookies to store or access information about devices. If you consent to the use of these technologies, we will be able to process personal data like browsing behaviour or a unique identifier for this website.


Click below to give your consent to the aforementioned or configure personalized options. Your choices will only affect this website. You can change you preferences and withdraw your consent at any time clicking on the link to the Cookie Policy or clicking on the orange button with the caption "Manage Cookie Preferences And Consent" in the lower right corner of the page.
Manage OptionsCONTINUE WITHOUT CONSENTACCEPT ALL
Manage consent